L7 are four “human beings” who can simply rock the socks off any guy or gal. L7 has always been one of the hardest rock bands of the 90s, with the filthiest distortion, raspiest vocals, and songwriting that will pull the last breath out of ‘ya because you need to sing it, headbanging the entire way.

They sing about topics that emote an aggressive feeling after reciting their words. Their anarchist-type attitudes and crass style resinated and shaped so many minds of Generation X females and males alike, wanting to create their own path by their standards. A message that strongly resonates with youths today.

Donita Sparks, Suzi Gardner, Jennifer Finch, and Demetra “Dee” Plakas make up the family unit; the band of big sisters to the iconic Nirvana, who stampeded and branded us with a knowledge that rockin’ out has no gender. They resided in an era of competitiveness among rockers when L7 became popular, maintaining respect among their peers for their work’s sheer talent and quality that screams for itself.

The Union Transfer hosted the 6th tour date of the band’s 30th Anniversary of a very important album in their catalog. With songs like “Mr. Integrity,” “Shove,” and “Monster,” Bricks Are Heavy, fans continue to get a taste of what L7 has been serving. Philly gave L7 some love right back, being the band’s first show on this tour that provided them with a nice pit, confessed Donita on October 10. Sparks reminisced about The Trocadero and how Philly holds a special place in her heart. She asked, “is it still open?” And then expressed, “It’s always a big loss when places like that close down,” she said, “They are meaningful and make those experiences special.”

Despite the reputation, the record deserves, their punk/grunge roots are underrated and understated by L7s efforts and are owed way more credit than they’ve been given. Perhaps a day for them in the Rock and Roll Hall of Fame for their efforts in heavy metal. Self-stamping the album Goldby their punk rock standards. L7 played their album as punk rock royalty does; they were perfectly imperfect in Philly because they were “human fucking beings.” Many of us back then would relish in the moments to gather around, jump in the car and sing our hearts out to L7. Each track on Bricks Are Heavy, including the title track, is what every guitar legend dreams of creating. Their most notable track is “Shit List,” famously found on the Natural Born Killers Soundtrack. That single-handled song made it easier to deal with assholes, raising the question, should a list like this exist?

If you emerged in music in the early nineties, you understood the importance of how cool L7 is. They were androgynous before that was a thing, but more so as they fought against sexism for rocking hard and having vaginas as if the two were shockingly impossible to live in symmetry. Being unapologetic about their style and unique personalities, these four have always been among the most punk rock. Spark commands respect in the room. So when a fan girl requests in the crowd to play “Hungry For Stink” during the show, the uneasily swayed Donita simply states, “We’re not a jukebox,” and continues to play the set. That was so punk rock.

The band emphasizes voting since it is the 100th Anniversary of women voting in the United States and asks the crowd, “What’s up with all the fascism?” They even end the night with Sparks yelling out, “Vote!” It echoes within the walls of the Union Transfer.

Though L7s power set flew by, clearly, L7 message of unity through voting weighed heavily on their minds. Being among the pioneers to rally for change on reproductive issues, a fundraising tour that began in 1992 called Rock for Choice. Many bands played over the years to protect reproductive rights because of L7’s intent to raise awareness that carried on years after they started it. They ended the evening with a cover of David Bowie‘s “Suffragette City,” marking it their anthem for a new era.

Having an opportunity to listen to L7 perform Bricks Are Heavy in its entirety on tour 30 years after it was produced is yet another gotta-go to show on a music lover’s bucket list. They are touring throughout October 2022 in select cities and are absolutely amazing! It’s a rare opportunity to see these musical legends perform songs as epic and original as they are. Not listening to Bricks Are Heavy would be a disservice to yourself. 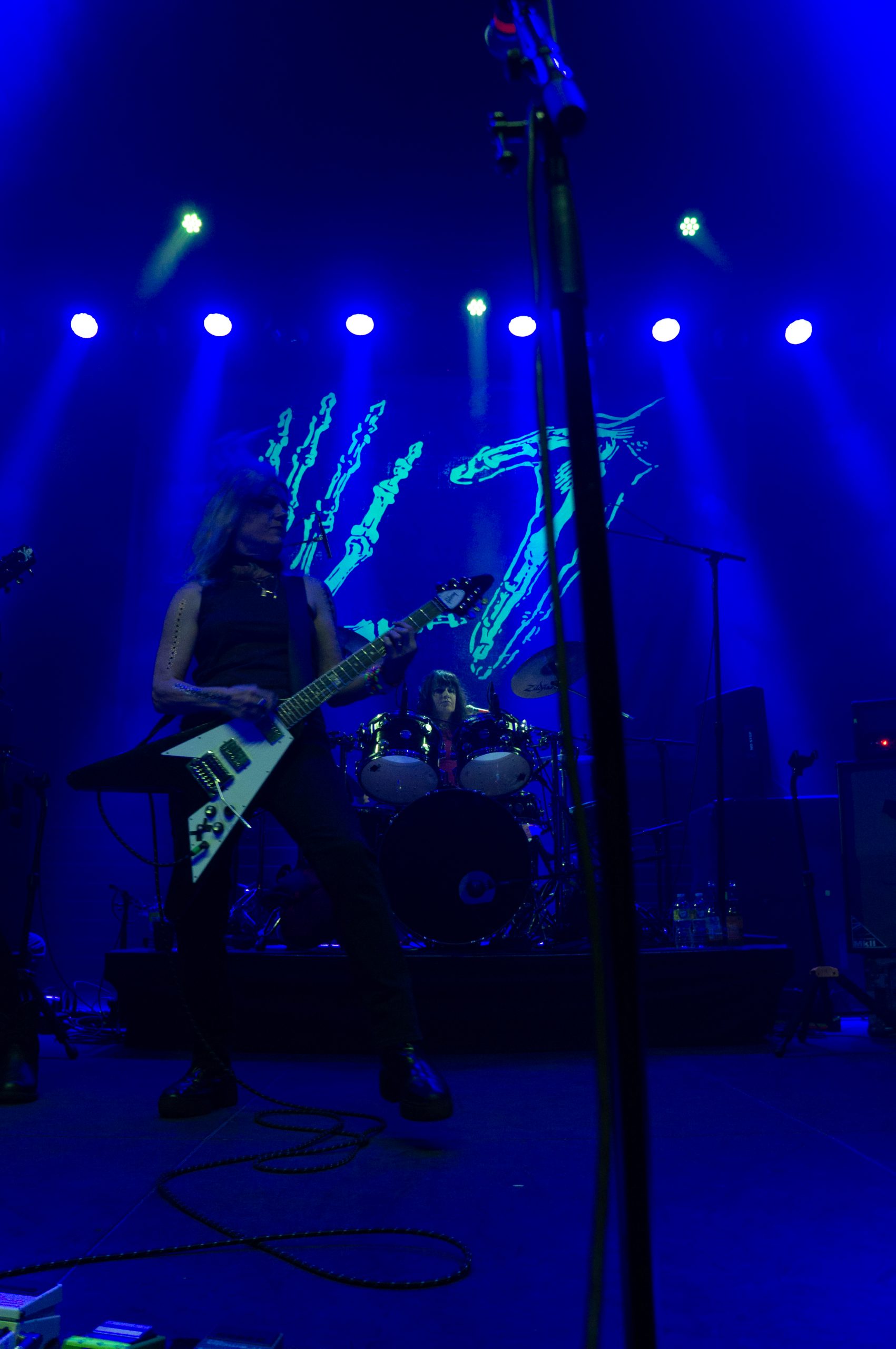 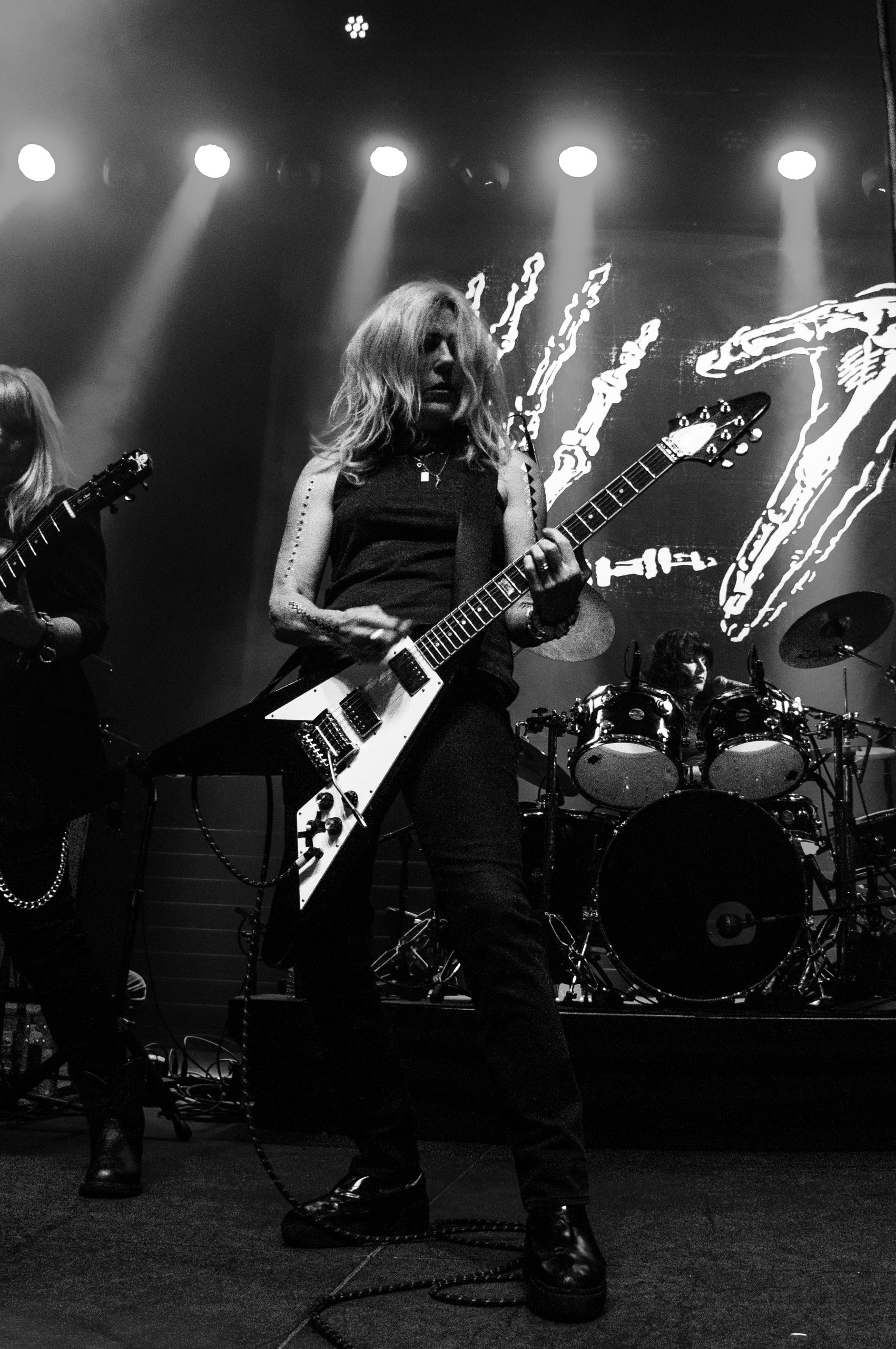 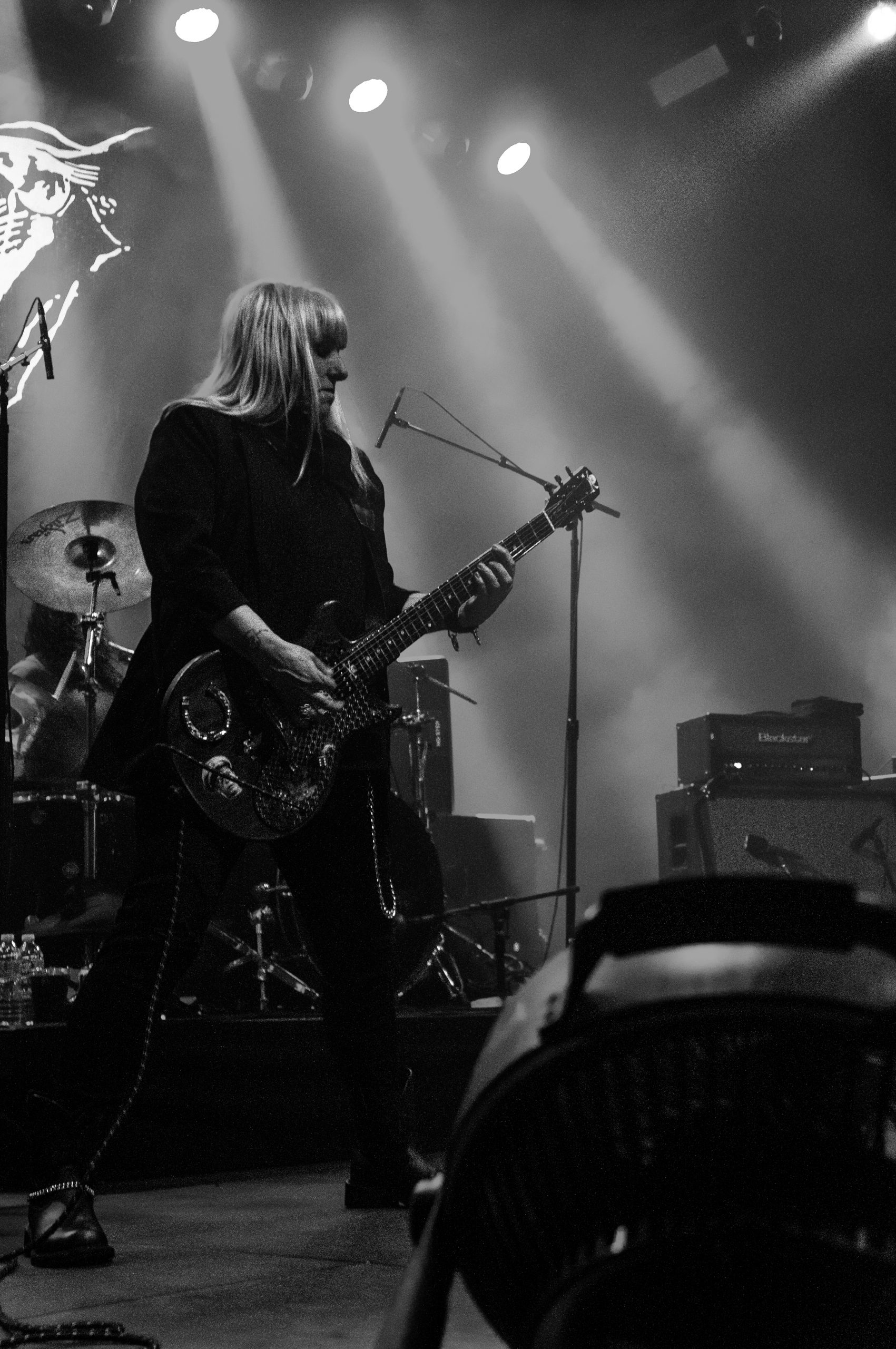 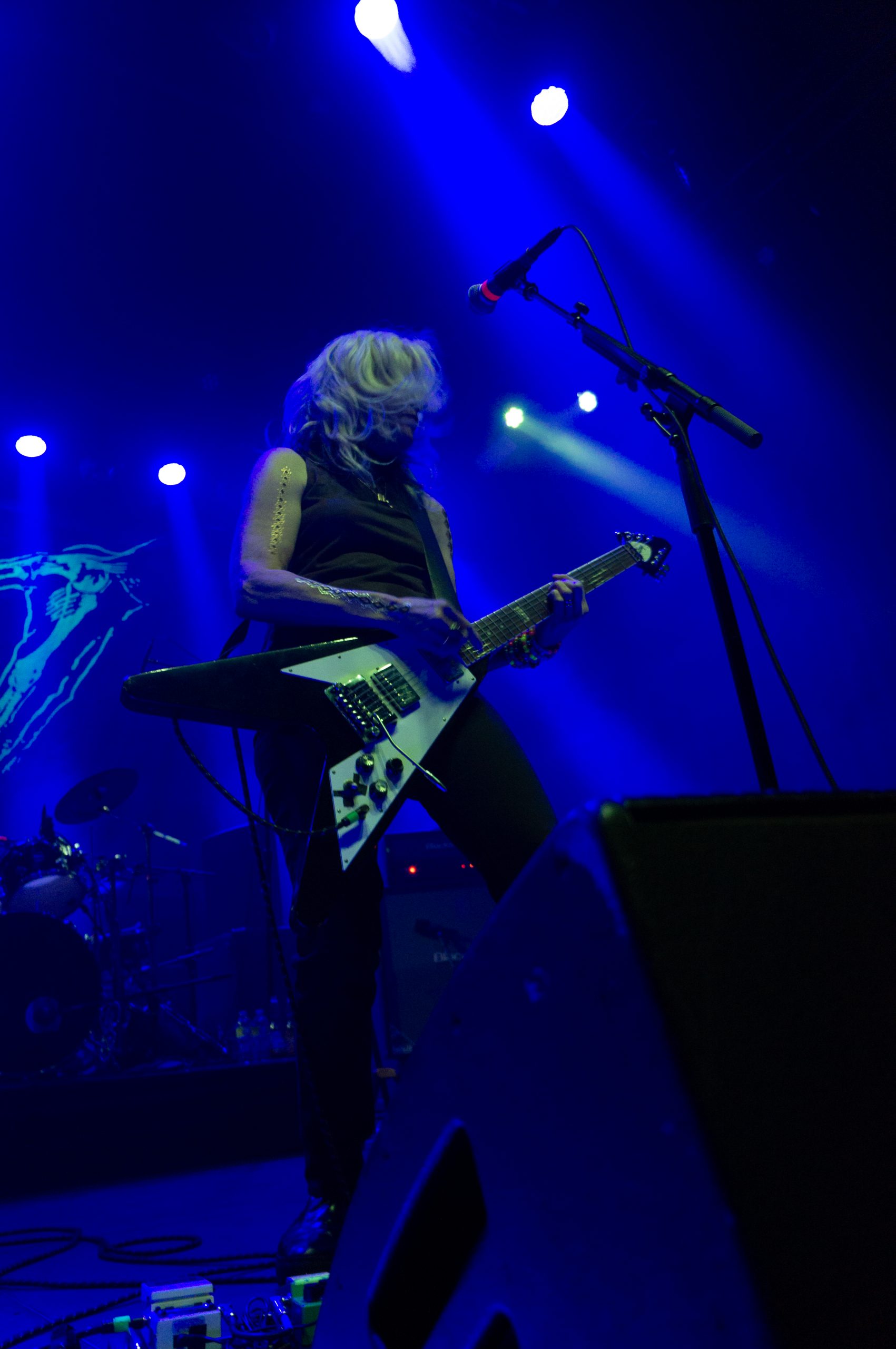 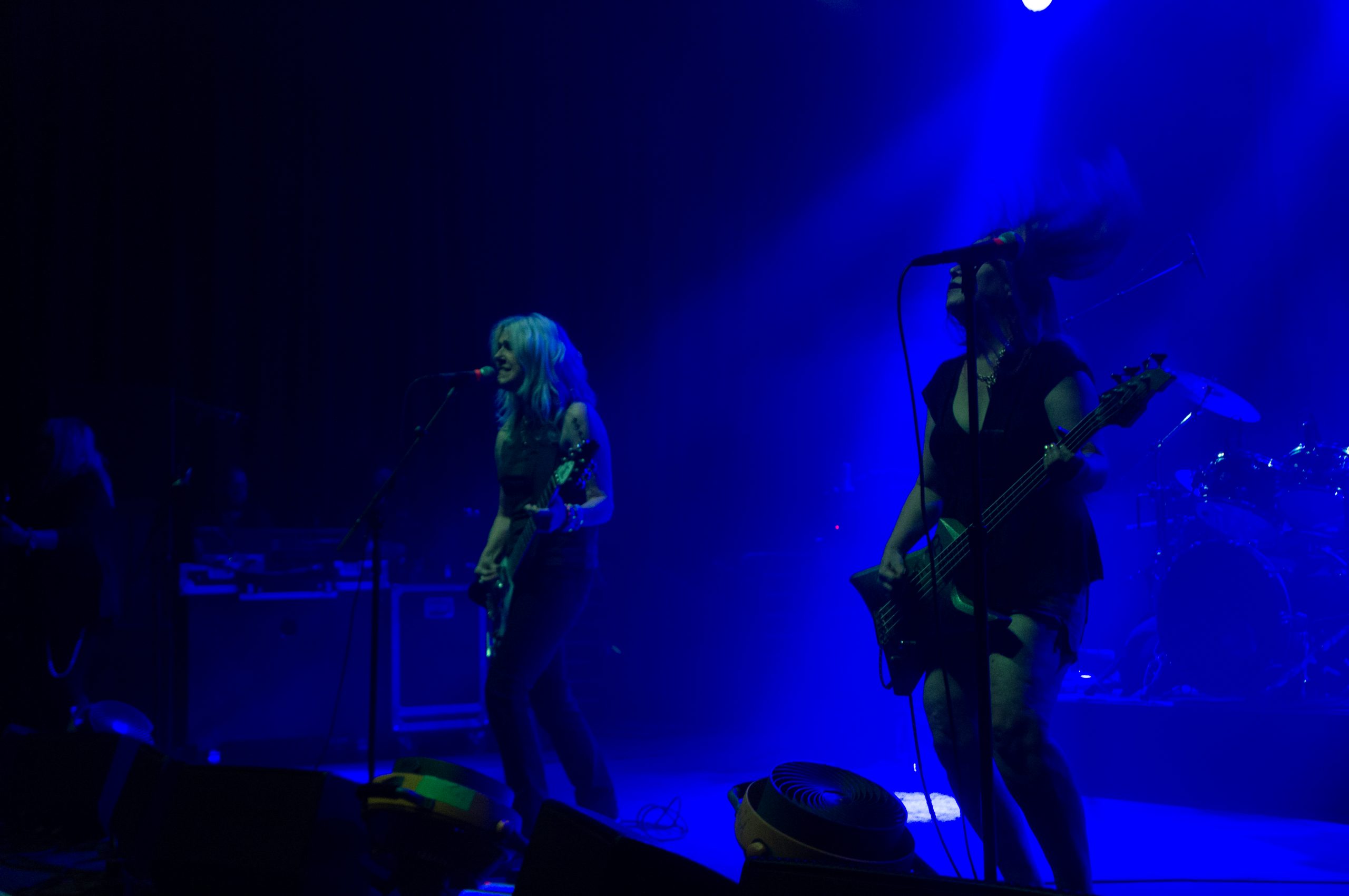 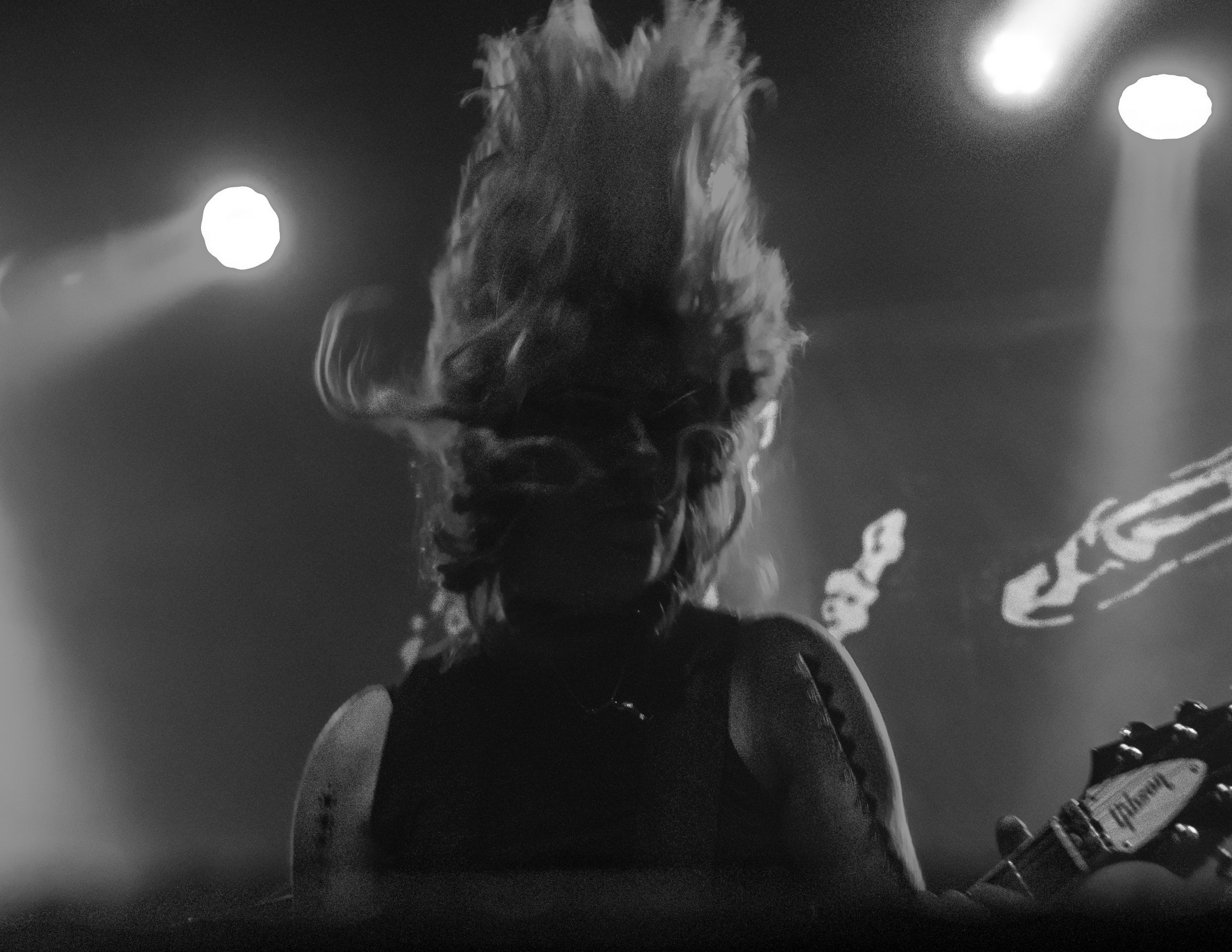 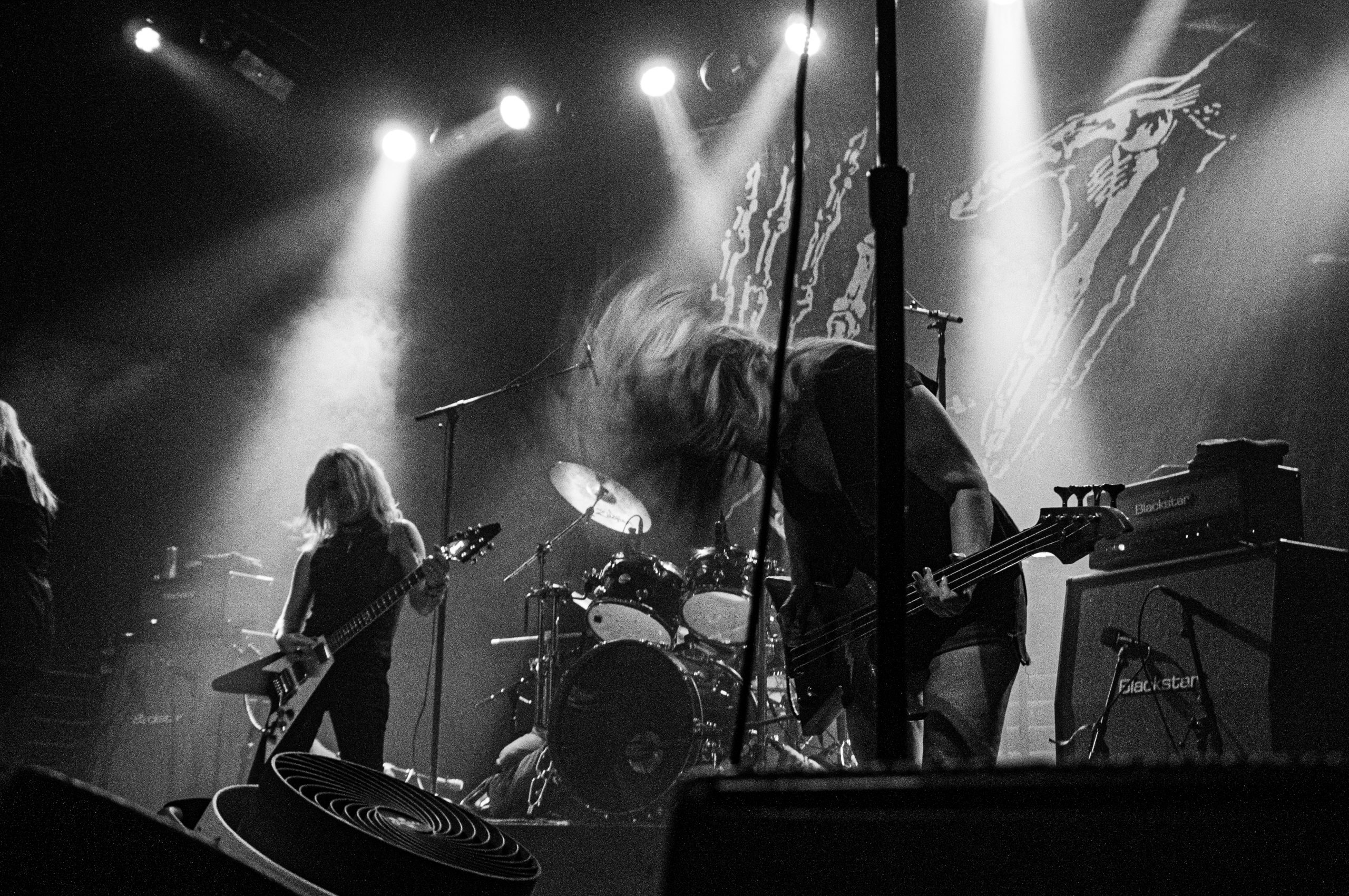 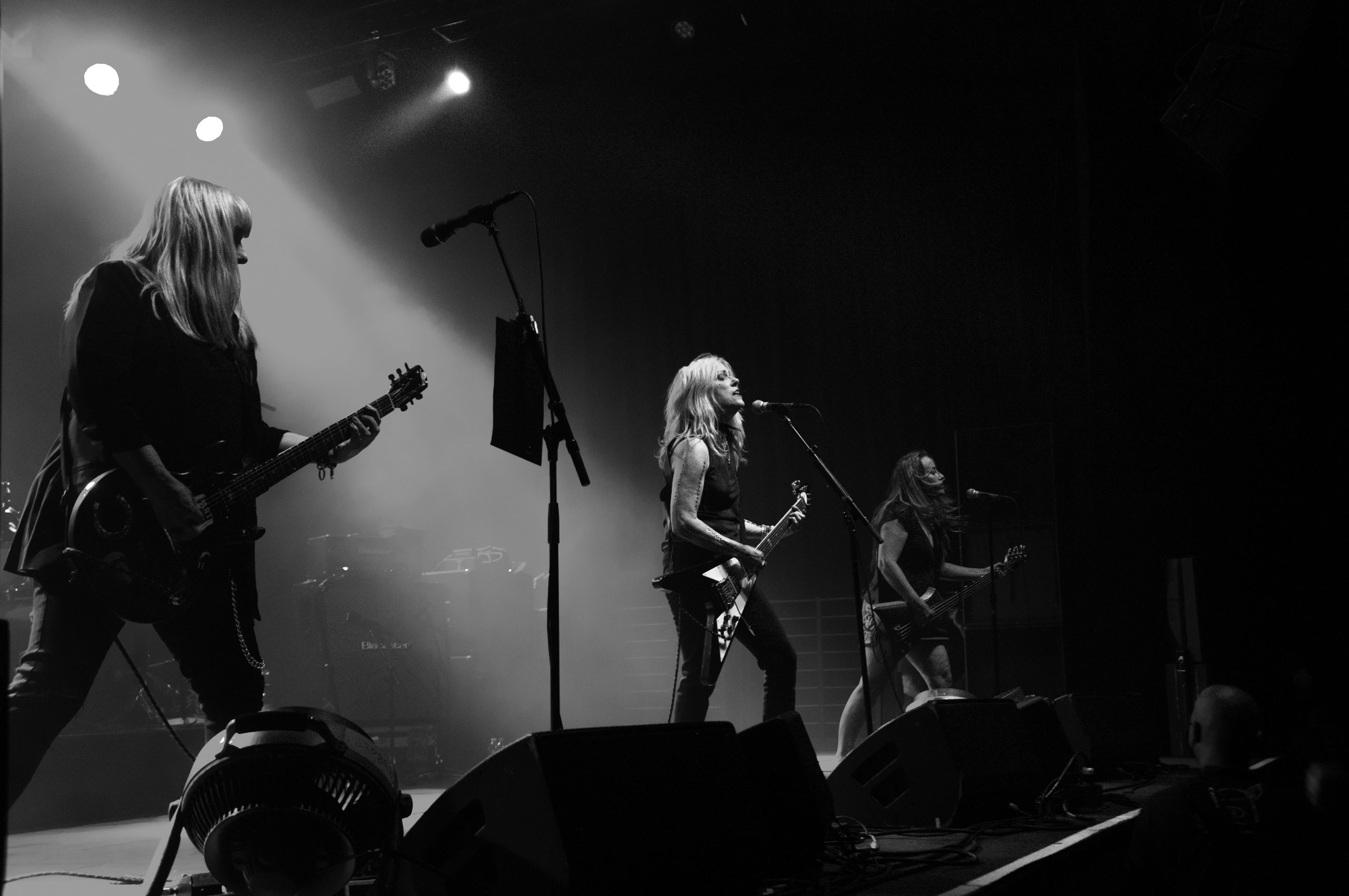 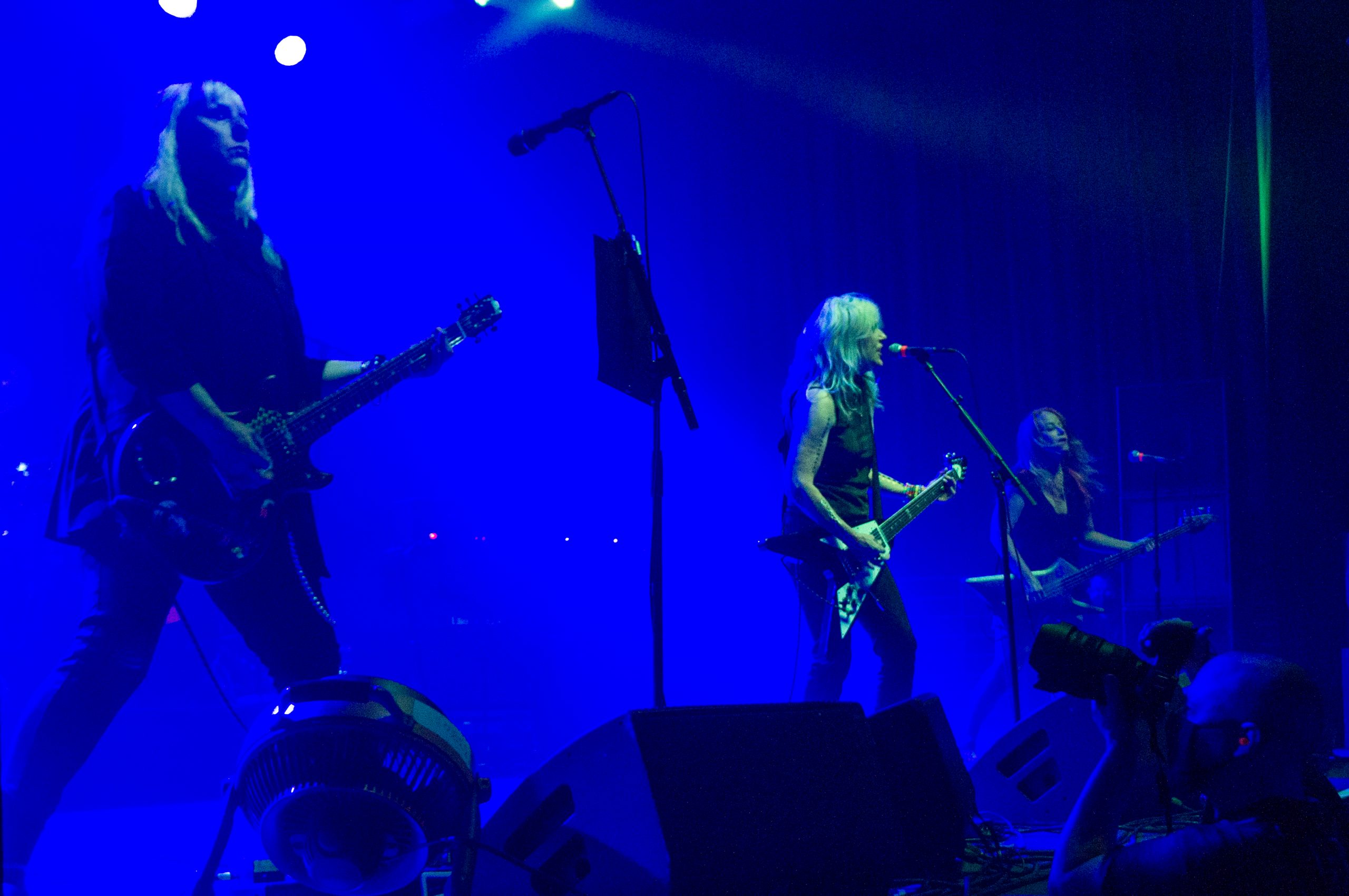 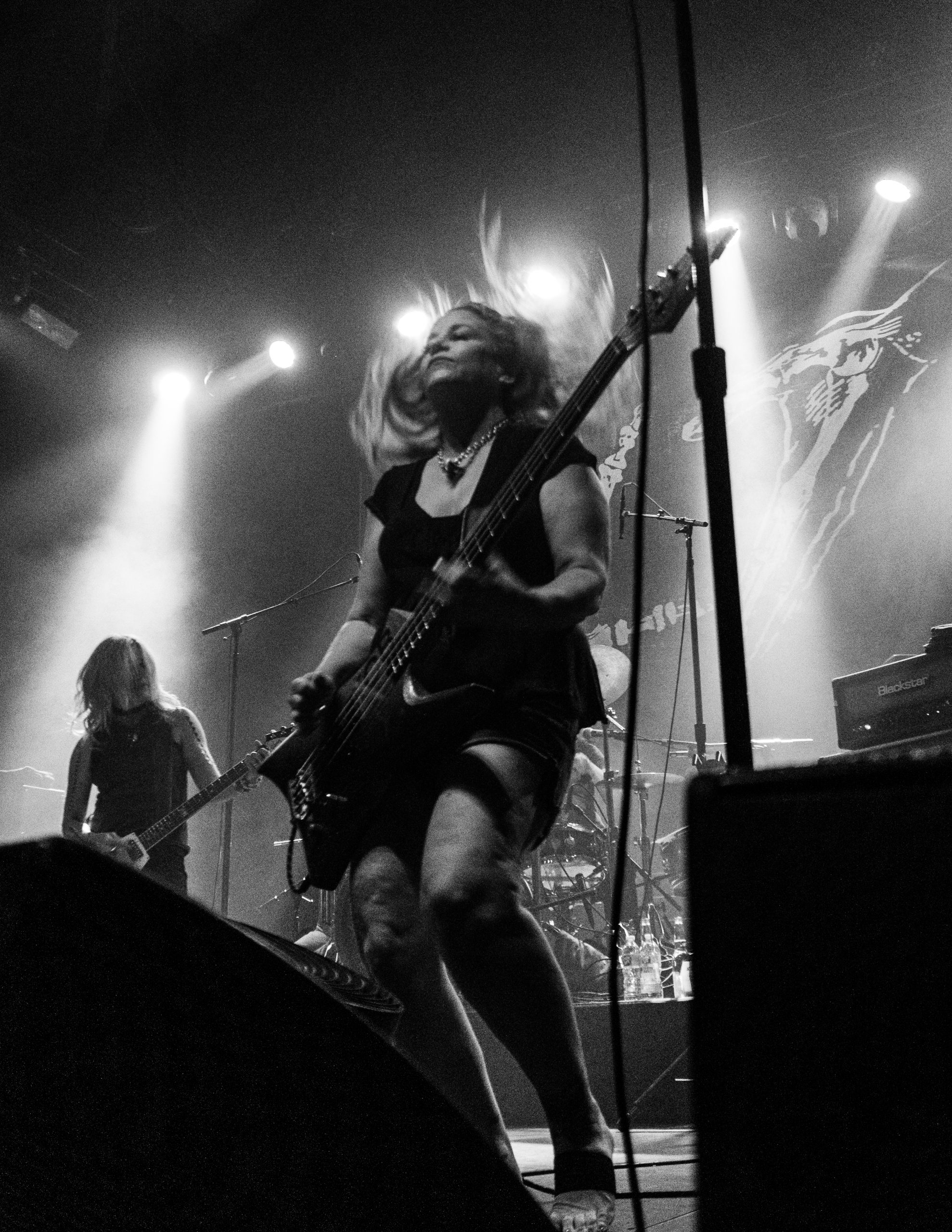 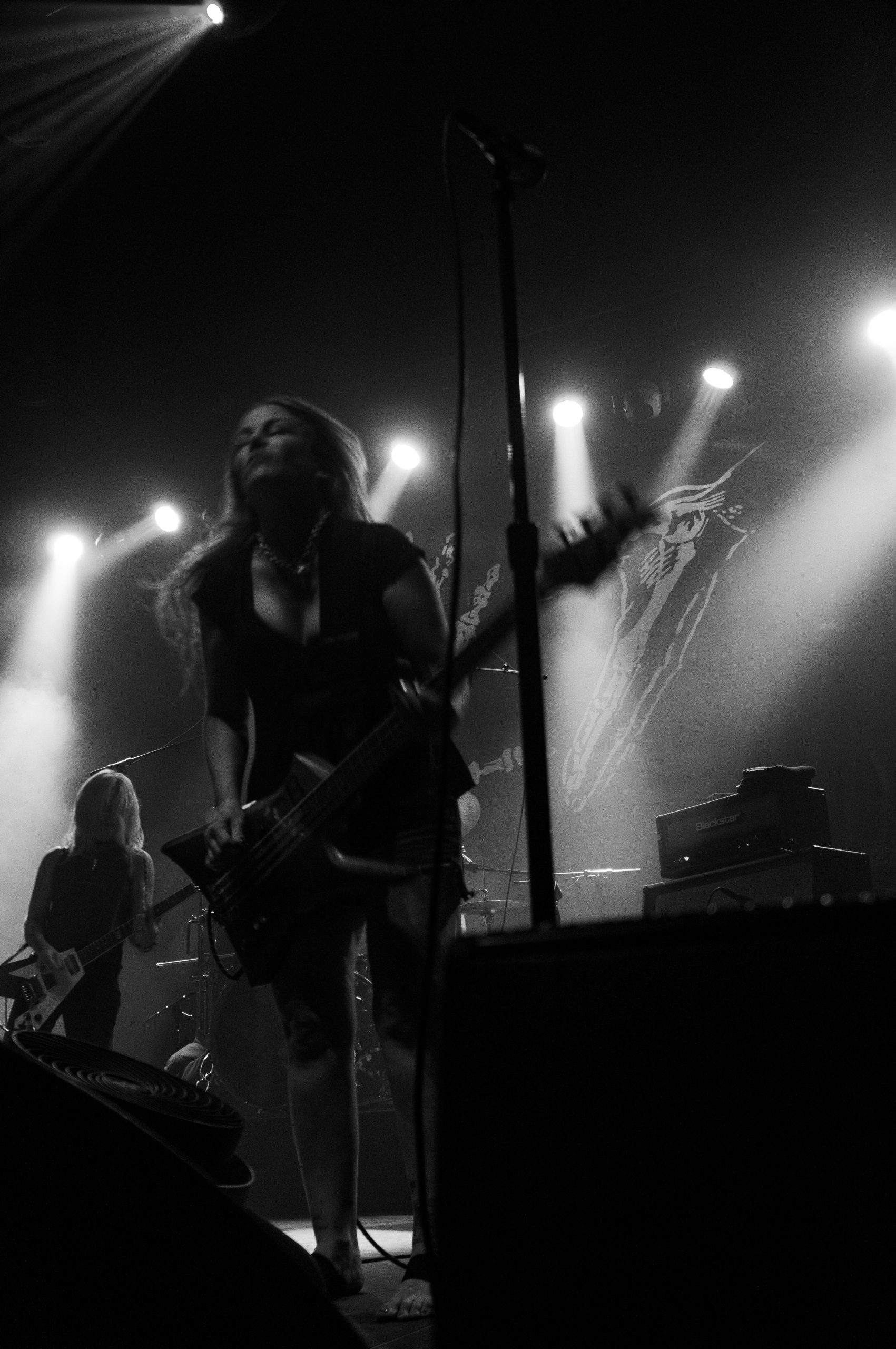