A good sense of humor can get you pretty far in life, and English songwriter Jay McAllister has mastered the art of not taking himself too seriously. Going by the cheeky moniker Beans on Toast (a traditional English breakfast­ dish), McAllister has made a career out of delivering straightforward songs about sex, drugs, and politics in a clever and endearing way. A few hours before he warmed up the crowd for Frank Turner on night two of the new Fillmore Philly venue, McAllister welcomed me backstage for a chat about his recently announced 7th album, Rolling Up the Hill (Xtra Mile Recordings). Jay McAllister of Beans on Toast. Props for the MilkBoy Philly shirt! Photo by Jem Mitchell

Rolling Up the Hill will mark the seventh year in a row that Beans on Toast will release an album on his birthday, December 1st. The tradition started with 2009’s 50-song double album, Standing on a Chair, produced by Mumford and Sons’ Ben Lovett, as McAllister transitioned from playing for friends to playing for fans.

“It kind of came about without thinking, really,” McAllister explains on the choice of release date. “The first album was gonna be released around December-time, and at that point, it was at that transition where your friends come to fewer gigs, and you need other people there just for the music. So I thought, ‘If I throw a birthday party, and all my mates come, and I do it as an album release, everyone else will come.’ So that’s what we did!”

The tradition of releasing an album on December 1st has continued in a very organic way, simply because it fits McAllister’s natural output.

“It’s not like I’m working to a deadline or anything like that,” he says. “I’m always writing, and I’d say 90% of what I write makes it on the albums. If I wasn’t ready, I just wouldn’t do it. I’ve not promised anybody that I’m gonna put an album out every year.” Beans on Toast warms up the crowd for Frank Turner.

Beans on Toast songs definitely fit into the classic troubadour style, relying on personal references and a “say what you see” methodology. McAllister draws on his experiences of touring America, and his outlook on the States is actually much more positive than last year’s hit song “Fuck You Nashville” might convey.

Regarding that tune, which details one of the few negative experiences he’s had in the US, McAllister says he wrote it so his friends back in England wouldn’t be too chafed about all the exciting opportunities he was having on this side of the pond.

Now that he’s placated his mates, however, Beans on Toast was excited to write a song chronicling all the adventures he had while on tour in early 2015. Thus was born “The Great American Novel,” the lead single off the upcoming Rolling album. The song includes references to gambling in Reno, drinking free Coors Light, and talking to people who think he’s Australian.

“It’s a true story, basically,” McAllister says. “We toured in March, and it would be fucking criminal if I didn’t have anything to write about, and I just sort of sucker-punched it all into one song, instead of writing about a specific night or whatever. Almost so I can remember it as well, document my experiences. The song follows the path of the route we took, and the people we met get name-checked, and the rooms we liked too.”

Regarding the song’s title, don’t expect McAllister to rally off a list of American novels; in this case, it’s more about what that phrase represents than any one author or book. He has discovered some of his preferences on American culture, though, such as knowing to order tall Jack and Cokes and using a map of Cracker Barrel locations to plot out his cross-country treks. Plus he has a great story about horning in on a conversation between Wayne Coyne and the Governor of Colorado during a stopover on this year’s Gentlemen of the Road tour. Even more American culture promises to make its way onto Rolling Up the Hill, as this album was shaped through a collaboration with Mike and Katie West of Kansas-based band Truckstop Honeymoon. Originally street performers in New Orleans, the Wests relocated after losing everything in Katrina, and connected with Beans on Toast after playing a festival together last year.

“After we played that festival together,” McAllister recalls, “they reached out saying they liked what I did, and I felt the same way. We did it so old-school, exchanging albums via mail, like who does this anymore?”

The relationship took hold during Beans on Toast’s spring tour, with the groups playing together in New Orleans and the Red Dragon Room in Baton Rouge. West invited McAllister out to Kansas, where he added a new, fuller sound to the record with banjo and fiddle.

“Mike simply advised me to not finish every song before I showed up,” McAllister explained, “and then he helped with the arrangements in the studio. It’s definitely got a couple of differences, but at the end of the day, it’s still a Beans on Toast album.”

After the album release, Truckstop Honeymoon will venture over to England (with their four kids in tow) and open up for Beans on Toast playing their own material while also sitting in as his backing band. It aims to be a proper mash-up of culture and charisma.

Charisma is exactly what a Beans on Toast show is all about, as McAllister captured the attention of the hearty Fillmore crowd with just a single guitar and a crooked smile. Particularly funny was a work-in-progress analyzing the US Presidential race, riffing on loudmouth Donald Trump and champion of the people Bernie Sanders. He quipped that he’s only ever worked on the song on-stage, so we’ll have to wait and see how the final product turns out.

As for the big new venue in Fishtown, the Fillmore is a beautiful space with a wide-open industrial feel, and should prove to be a welcome addition to the already-stellar live music scene in Philadelphia.

If you’re a fan of folky, post-punk songwriting, check out Beans on Toast with Frank Turner on the West Coast through the end of October, and make sure to mark your calendar for the album release on December 1st. I think you’ll find it quite tasty. 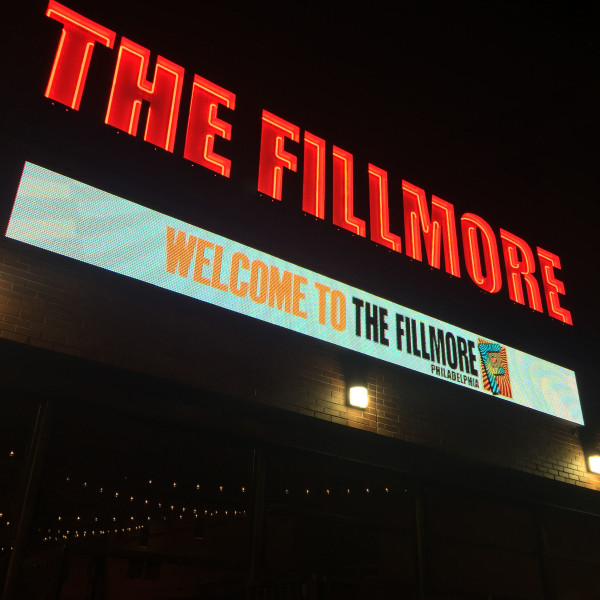 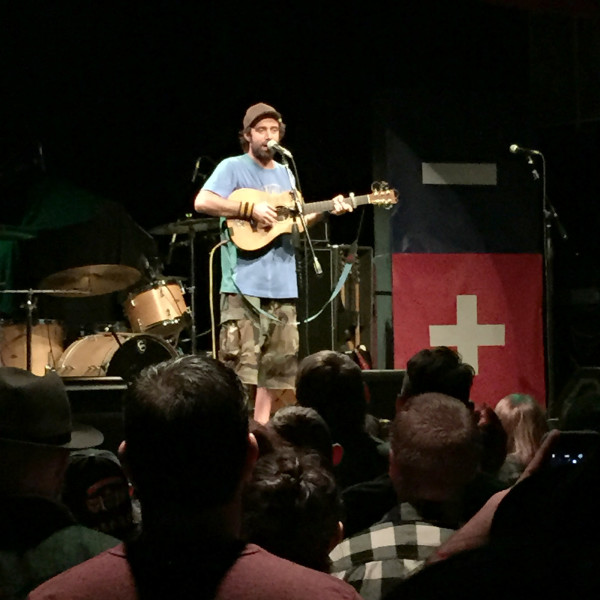 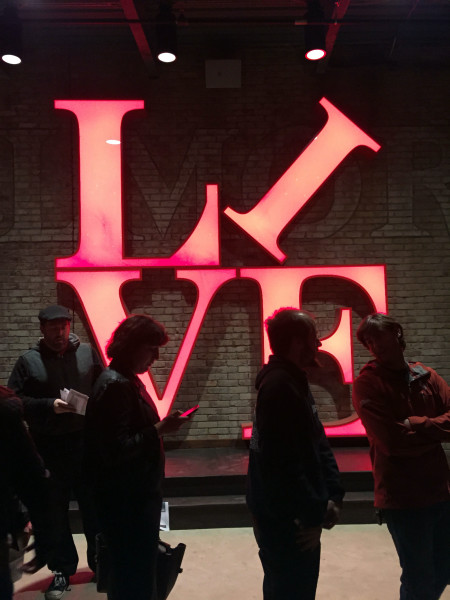 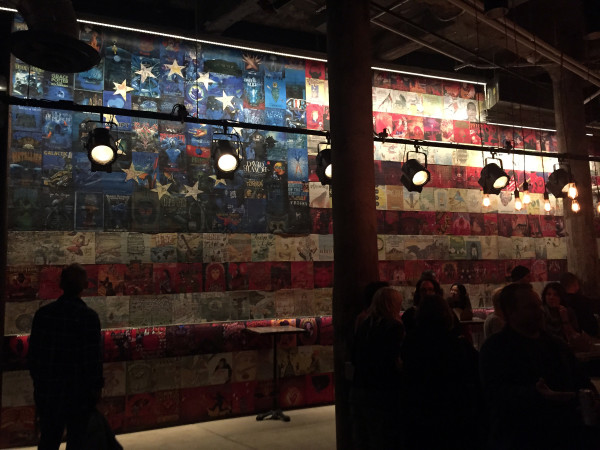 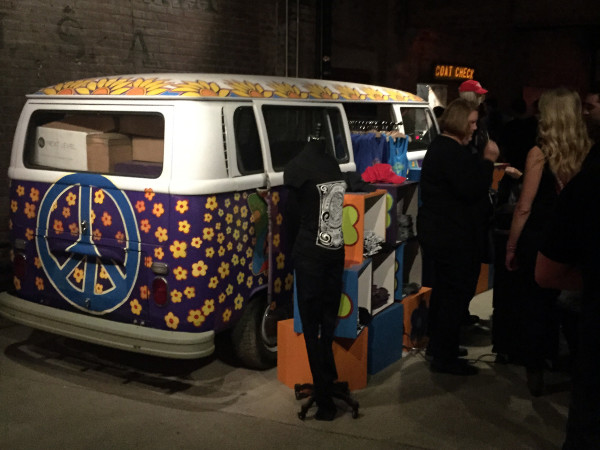 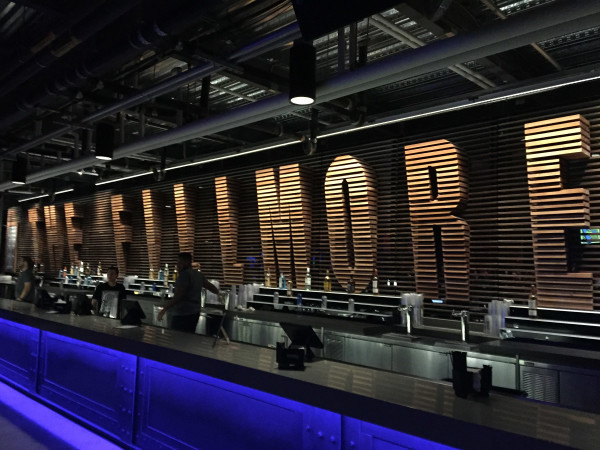 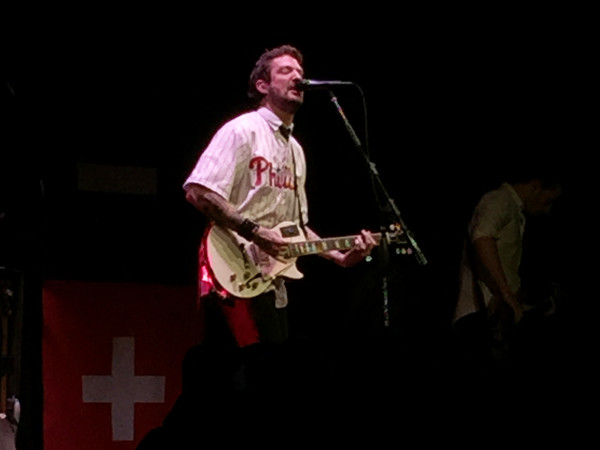 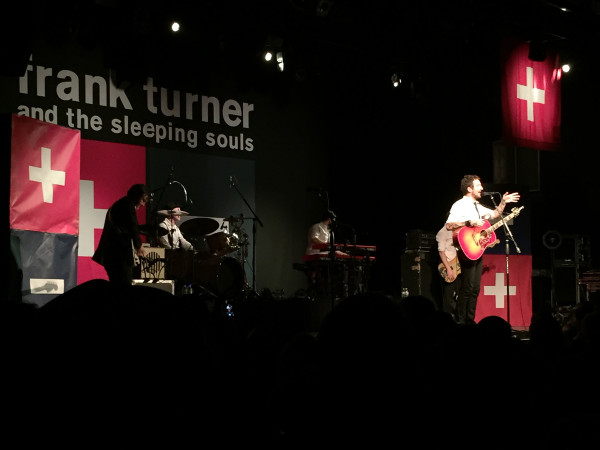